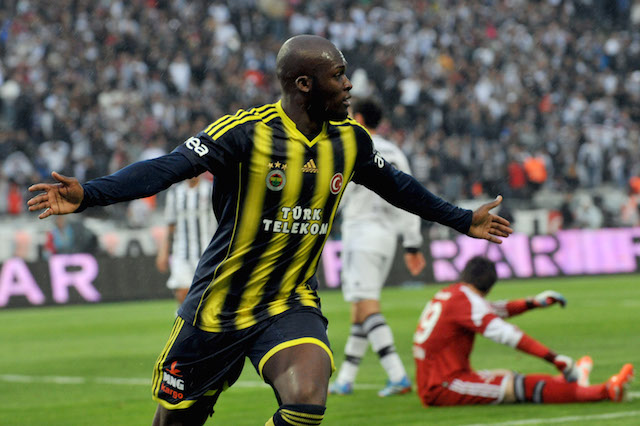 Besiktas sit at the top of the table going into the Turkish Football League’s 18th week but will they be able to fend off this seasons surprise package Basaksehir who sit just two points behind in second place?

The Turkish football league is generally an unpredictable league when it comes to betting so, we have prepared short previews and predictions of each game below.

Rizespor host Karabukspor in this weekends opening Turkish Football league clash. The visitors pulled off a major shock last week following their 2-1 win over Galatasaray and will be looking to make it three wins in three.

Rizespor meanwhile dropped closer to the relegation zone following their defeat to Konyaspor.

Karabukspor have picked up just four points on the road while Rizespor are in horrible form.

Predicting both teams to score however, this really is one to avoid.

Antalyaspor have been flying in recent weeks following a slow start to the season. The Scorpians were facing a relegation scrap just a few months ago but are currently fifth having lost once in their last 10 games.

Alanyaspor meanwhile are in freefall picking up just one point from their previous four clashes.

Antalyaspor are the leagues in-form side and i full expect them to carry on their run against a poor Alanyaspor, Antalyaspor Win WIN

Galatasaray will be eager to bounce back to winning ways following their surprise defeat at the hands of Karabukspor. Bruma is expected to remain in the squad despite having a mid-week bust up while Hakan Balta is out with a suspension.

The Lions have been strong at home this season and should comfortably see off Akhisar who have just one win to their name in their last five games, Galatasaray win. WIN

Osmanlispor have been slipping down the table in recent weeks following their phenomenal start to the season. The Ankara based club have however been strong on the road and I expect them to bounce back and come away with at least a draw, Osmanlispor +0.5. WIN

Basaksehir gave up pole position last weekend following their defeat at the hands of Fenerbahce. Abdullah Avci’s side find themselves in second place, two points behind reigning champions Besiktas.

Bursaspor meanwhile have suffered three defeats in a row and risk dropping down to 10th in the league this weekend. To make matters worse the team is in turmoil and without a manager after Hamza Hamzaoglu resigned.

Basaksehir have managed to bounce back every time they have suffered a set back this season and I fully expect them not to lose against Bursa, Basaksehir Draw no Bet. WIN

Gaziantepspor have lost nine of their last ten games and sit at the bottom of the table with just 11 points.

Trabzonspor look a far improved side following the winter break and I expect them to record a comfortable home win this weekend, Trabzonspor win. WIN

Fenerbahce re-ignited their title hopes last weekend following their win over Basaksehir. Kayserispor meanwhile continue to languish at the bottom of the table and have just one win to their name in their last ten games.

Fenerbahce will be in high spirits following last weekend’s victory and I am tipping them to make it back to back wins, Fenerbahce win. LOSS

Kasimpasa have fallen far below pre-season expectations this season and have just six points to their name away from home. Meanwhile relegation battlers Adanaspor are unbeaten in their last four.

A tough game to predict as Kasimpasa – on their day – posses a far stronger squad than Adanaspor, one to avoid.

Besiktas had their Istanbul rivals Fenerbahce to thank for moving up into first place last weekend. The reigning champions are in red hot form and Senol Gunes has a full strength side to chose from. I fully expect them to take down an out-of-form Konyaspor, Besiktas win. WIN