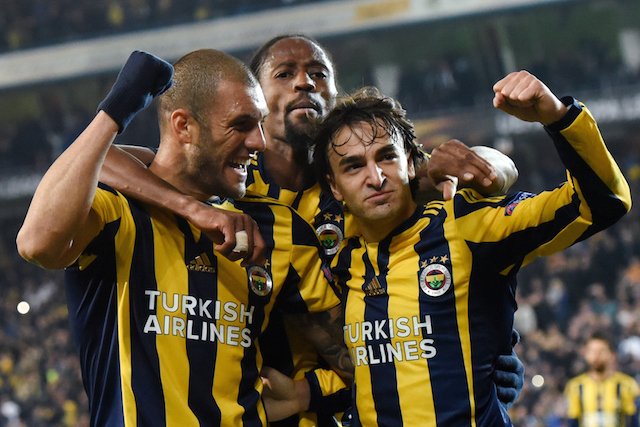 The report states that the Yellow Canaries have been monitoring Feghouli’s situation after they lost out in the race to sign him over the summer.

Feghouli has struggled to cement a starting place in Slaven Bilic’s first eleven and was sent off during West Ham’s 2-0 defeat at the hands of Manchester United on Monday evening.

Per-the-source, West Ham are open to selling Feghouli after signing him on a free contract (SkySports however, Fenerbahce will be unable to match the Hammers €15 million valuation.

Fenerbahce instead want to take the Algeria international on loan until the end of the season.

Feghouli signed a three-year contract with the Londoners over the summer transfer window.

The 27-year-old has made just nine Premier League apperances for West Ham since making the move from Valencia.