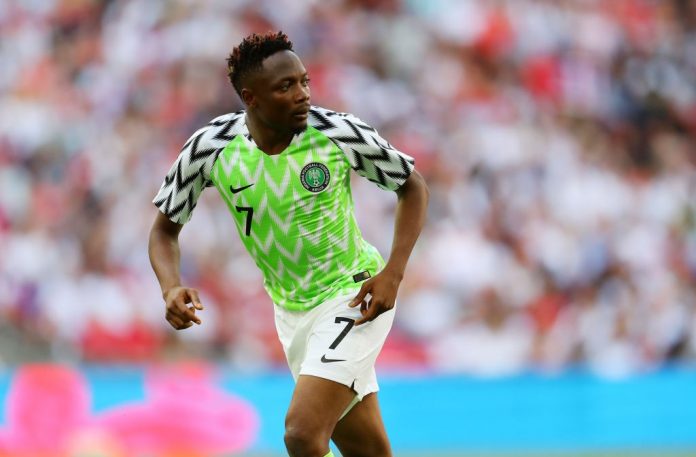 Leicester City striker Ahmed Musa has been closely linked with a summer exit.

The striker scored a brace for Nigeria in the 2-0 victory over Iceland on Match Day 2.

Turkish sports newspaper Fanatik report that Galatasaray face competition from Wolves and Marseille who have both entered the race.

Per the source, the Wolves and Marseille could complicate matters of the Lions.

The Lions have made Musa a transfer priority and are in talks with his agent but have yet to reach an agreement.

William D’avila gave the Lions a 50 percent chance of completing the move and underlined that Champions League football could be the deciding factor.

“We are in talks with Galatasaray, they have made an offer and want Ahmed,” he said.

“The transfer is a possibility, Galatasaray are a big club and will compete in the Champions League next season.”

“Musa has offers from other clubs but he’s keen on playing for Galatasaray. We are currently working on a loan deal with an option to buy. He’ll make a decision soon. I think we can say there’s a 50% chance of Musa joining the club.”

Musa also hinted that he is interested in Galatasaray after retweeting and liking several messages on Twitter from Galatasaray fans urging him to make the move this summer.

Ameen thank u very much https://t.co/q9kCdHDOkK