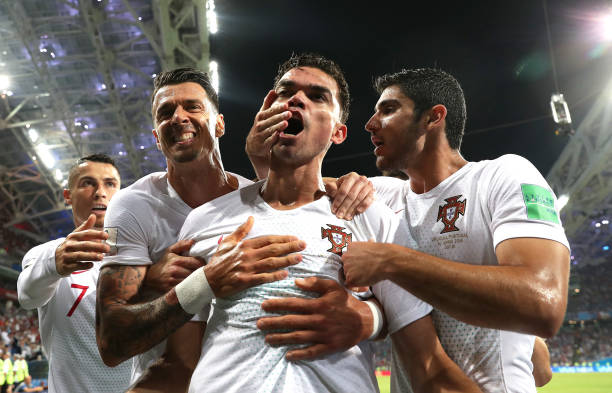 Wolves are interested in Besiktas defender Pepe according to Turkish sports newspaper Fanatik.

Per the source, the Black Eagles have received two offers for the Portuguese international.

Besiktas have made it clear they want £6.2m [€7m] for the experienced centre-back who has 12 months remaining on his contract.

Pepe is represented by Jorge Mendes who has close ties to Wolves who have achieved promotion to the Premier League.

The 35-year-old defender is reported to be happy at Besiktas and head coach Senol Gunes wants him to stay but with just under a year remaining on his current deal the Black Eagles could be tempted to sell if their valuation is matched.

The experienced centre-back joined Besiktas from Real Madrid last summer and was one of the stand out players for the Super Lig giants over the 2017-18 campaign.

Pepe scored twice and provided one assist in 35 appearances for Besiktas in all competitions last season.

The Besiktas ace starred in the World Cup for Portugal this summer scoring one goal in four games.

Pepe won 13 trophies across 10 seasons at Real Madrid including the La Liga title and Champions League.