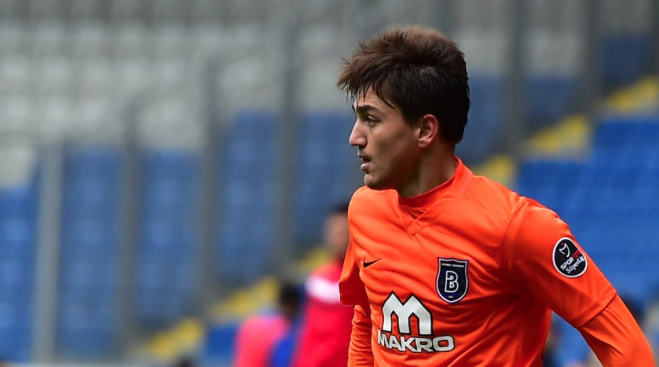 Basaksehir reached the Turkish Cup final eliminating Fenerbahce from the tournament in the semi-final second leg at the Sukru Saracoglu stadium.

The first-leg ended in a 2-2 draw last week at the Fatih Terim stadium.

Basaksehir got off to a great start in the return-leg, former Fenerbahce midfielder Emre Belozoglu scored the opening goal minutes before the half time break.

Moussa Sow equalised for Fenerbahce on 71 minutes but Mustafa Pektemek looked to have won it for the visitors when he netted with four minutes remaining.

The game was eventually decided in a dramatic penalty shoot-out. In total there were 26 spot kicks taken but Basaksehir eventually came out on top winning the showdown 10-9.

De Souza missed the Yellow Canaries final penalty but there was an unusual incident before involving both goalkeepers.

Basaksehir keeper Volkan Babacan missed his spot kick in sudden death leaving Fenerbahce keeper Volkan Demirel with the chance to win it for the home side but he blasted his penalty wide.

Manchester United target Cengiz Under started for Basaksehir and scored his penalty.

United sent Krsto Kilibarda to scout the 19-year-old wonder-kid over the weekend against Genclerbirligi.

The Istanbul minnows who have never won a trophy in the top-tier before are on course for the double this season.