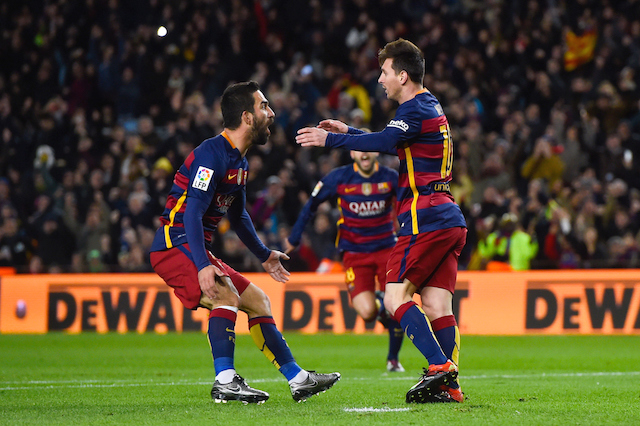 Arda Turan has become the subject of transfer speculation yet again with Arsenal being the latest club to join the race according to the Times.

We explore three reasons he could end up being a success in North London if he were to make the move.

Arsenal are likely to have a summer clear-out following a disappointing season. Star duo Mesut Ozil as well as Alexis Sanchez yet to sign a new contract, which will have 12 months remaining in the summer both are being tipped to leave. Turan was captain of Galatasaray and wears the armband for the national team. While he was not the official captain for Atletico Madrid he was one of the most influential members of the team. Outgoing Barcelona boss Luis Enrique loves him and he has a great relationship with the likes of Neymar, Suarez and Neymar.

The current Arsenal side is often accused of lacking fight, lacking grit and being unable to handle pressure. Turan could prove to be the elixir. The fiery Turk is the kind of player ready to sacrifice everything for the team, motivate his teammates and rally fans.