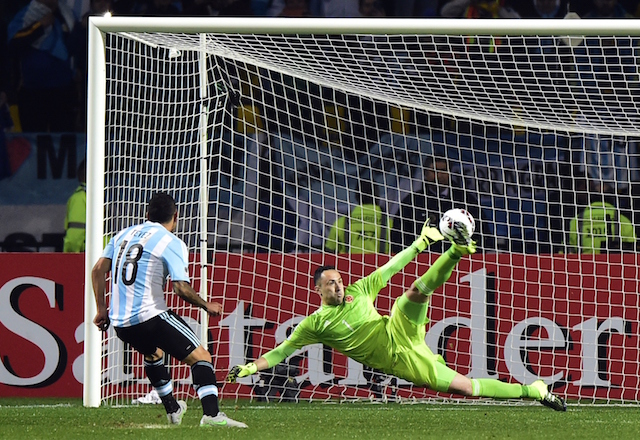 Besiktas have edged closer towards completing the transfer of Arsenal goalkeeper David Ospina.

Sources close to the club have revealed to Turkish-Football that Arsenal are keen to sell Ospina or loan him next season.

Besiktas have offered a transfer fee in the region of £2m for the Colombian international on a permanent deal.

The Gunners are keen to part ways with Ospina to free up the wage bill.

Ospina has made it clear he wants to leave over the summer after falling down the pecking order, becoming third-choice keeper following the transfer of Bernd Leno from Bayer Leverkusen.

The 29-year-old has reached a deal-in-principle to join Besiktas.

There could however, be a final twist as the Black Eagles are also keen on Bursaspor keeper Harun Tekin and Liverpool stopper Simon Mignolet.

The Super Lig outfit are also in advanced talks with Tekin but have yet to agree a transfer fee.

Currently Ospina is first-choice but Besiktas are prepared to wait for a response to their final offer.

The Istanbul based side will opt for the player they can get the best price for.

Talks with Liverpool keeper Mignolet are not as advanced as Tekin and Ospina but are ongoing.

Besiktas are keeping their options open and have been using the multiple transfer talks as leverage to get a better deal.

The Eagles have made signing a keeper a priority after selling Fabri to Fulham for £5.3m.

It is unclear which of the three keeper targets will join Besiktas as things stand but what is clear is that one of the trio are very likely to join the club within the next week.