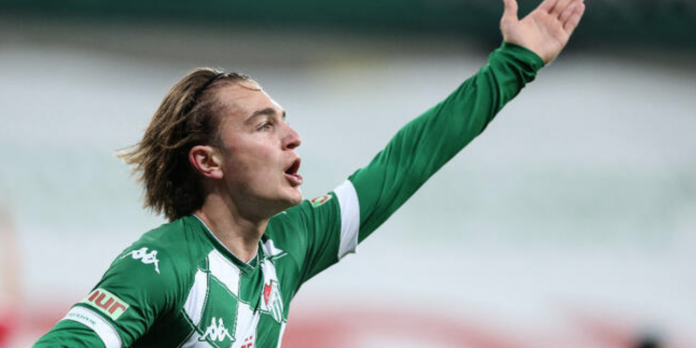 Chelsea and Arsenal are interested in Bursaspor wonderkid Ali Akman according to the Daily Mail.

Per the source, the Blues and the Gunners have been tracking the young striker but face competition from Europe with clubs from Germany, Italy and France also keen on the youngster.

Red Bull Salzburg and Galatasaray both tried to sign Akman in December but were unable to strike a deal.

Akman is however, able to talk with other clubs as he has under six-months remaining on his contract.

The 18-year-old does not intend to sign a new deal with Bursaspor and the Turkish second-tier side want to cash in over the transfer window.

Bursaspor will end up seeing Akman leave for free if they don’t sell him in January.

The Turkish side want €3m for the young striker and are open to negotiations.

The Daily Mail report claims that Arsenal chief Edu is targetting youth players as a long term project to build a ‘bright future’ for the club.

Akman has impressed for Bursaspor this season scoring nine times in 16 appearances in the Turkish second tier.

Despite his age Akman has been part of the Bursaspor senior setup since the age of 16 and has represents Turkey at U21 international level.