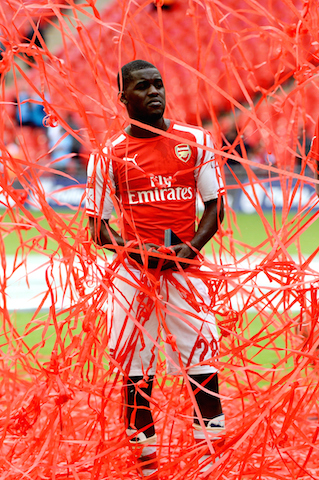 Arsenal star Joel Campbell could be set for another summer move after spending the last few seasons on loan.

Newly promoted Brighton are the latest side to be linked with the Costa Rican international according to Portuguese publication A Bola.

Turkish outlet Takvim claim that Fenerbahce have held talks with his agent and that they have set aside €4 million for his transfer.

The Yellow Canaries have been closely linked with Campbell over the past three seasons but have never managed to secure his signature.

Campbell joined Arsenal from the Costa Rican side Saprissa back in 2011 but has made just 23 appearances for the Gunners.

The 24-year-old has enjoyed loan stints at Olympiakos, Villarreal, Lorient and Real Betis in recent years.