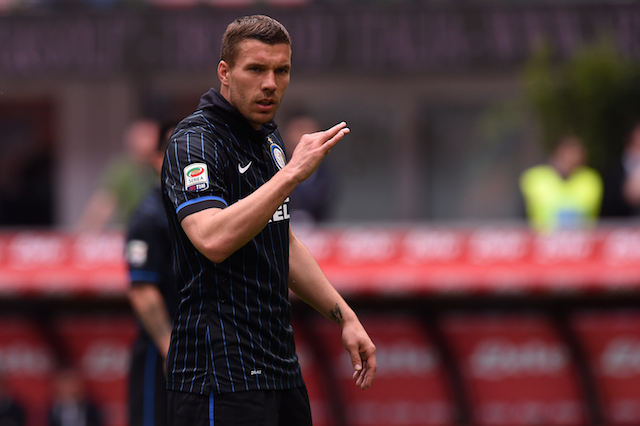 Arsenal striker Lukas Podolski revealed that he would consider a move to Turkey.

Podolski told NTV Sport: “If an offer comes from Turkey, I will sit down and talk about it with my family and girlfriend.

“If these conditions are met, I think everything is possible.

“The next transfer could be my last, so I have to take a well-thought step.”

Galatasaray were closely linked with Podolski and head coach Hamza Hamzaoğlu stated that an offer was made in January but denied a bid currently being on the table.

“Podolski is not on our radar right now, he was in the winter but not right now,” Hamzaoğlu told TRT.

The Germany international joined Inter on loan in January but struggled to settle in and only scored on goals in the Seria A.

Podolski is expected to leave Arsenal in the summer and Fenerbahçe have also been linked with the World Cup winner.

Galatasaray will play in the Champions League group stages next season while Fenerbahçe will have to qualify through the play-off route.