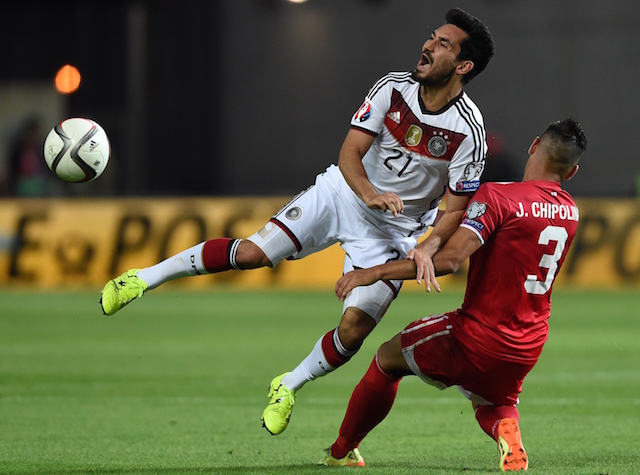 Ilkay Gundogan is close to agreeing personal terms with Manchester City according to a report in the Manchester Evening News.

The Manchester based paper have stated that Gundogan is close to signing a four-year deal worth £90,000 a week to join City.

The report goes onto say that the Germany international has told Dortmund he would not extend his contract which expires in summer 2017.

Arsenal are also in the race to sign the midfield playmaker according to TalkSport.

City will be managed by Pep Guardiola next season and the Daily Mail stated that the Spanish manager wants to see Gundogan at the Etihad next season.

Gundogan has six assists and three goals in 32 appearances for Dortmund this season. The 25-year-old career began at Nuremberg before moving to Dortmund for £4m in 2011.

Manchester City are currently in forth place in the Premier League with 50 points in 28 games, ten points behind leaders Leicester City.