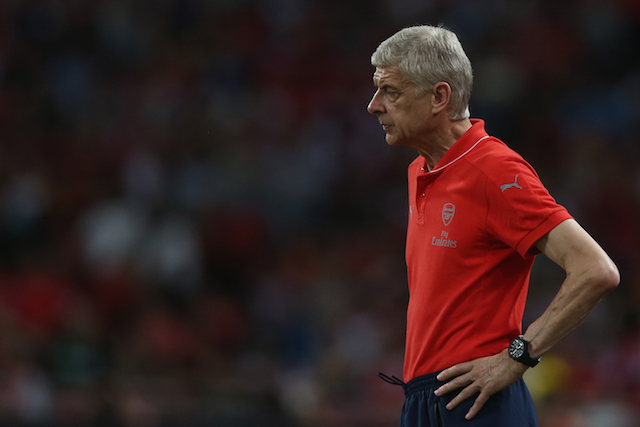 The former Barcelona man starts up front for the north London based club while Olivier Giroud drops to the bench.

Danny Welbeck has also been included in Wenger’s starting eleven and has been deployed out on the left wing. Oxlade Chamberlain starts in place of Mesut Ozil in the number the position behind the striker.

See More: Arsenal fans react to Mesut Ozil missing Bayern clash just days after being ruled out for Liverpool game due to illness on social media

Ozil has been ruled out of tonight’s encounter due to an illness. The 28-year-old also missed out on Arsenal’s clash with Liverpool on Saturday.

The Gunners need to score at least four goals tonight if they are to qualify to the next round of the competition. Bayern Munich recorded a 5-1 victory in the first leg.