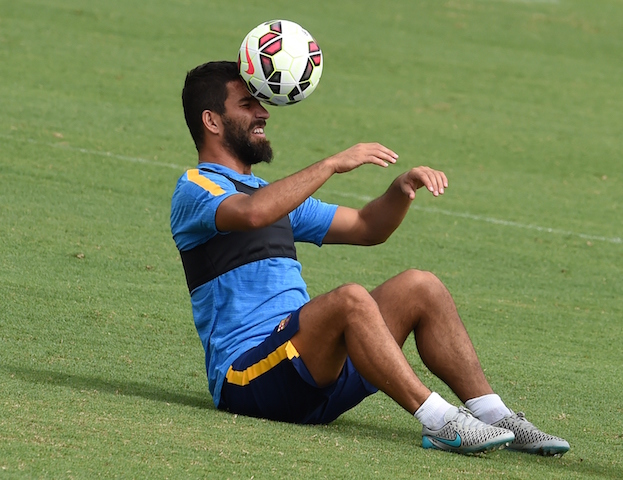 Arda Turan has been is in a buoyant mood since joining Barcelona on a five-year deal from Atletico Madrid earlier this summer.

The Turkish international is already a hit with the Catalan giants fans and received a warm welcome at the Nou Camp before Barcelona’s friendly cup game against Roma yesterday.

Turan posted a picture on Instagram of himself laughing alongside club President Josep Maria Bartomeu. 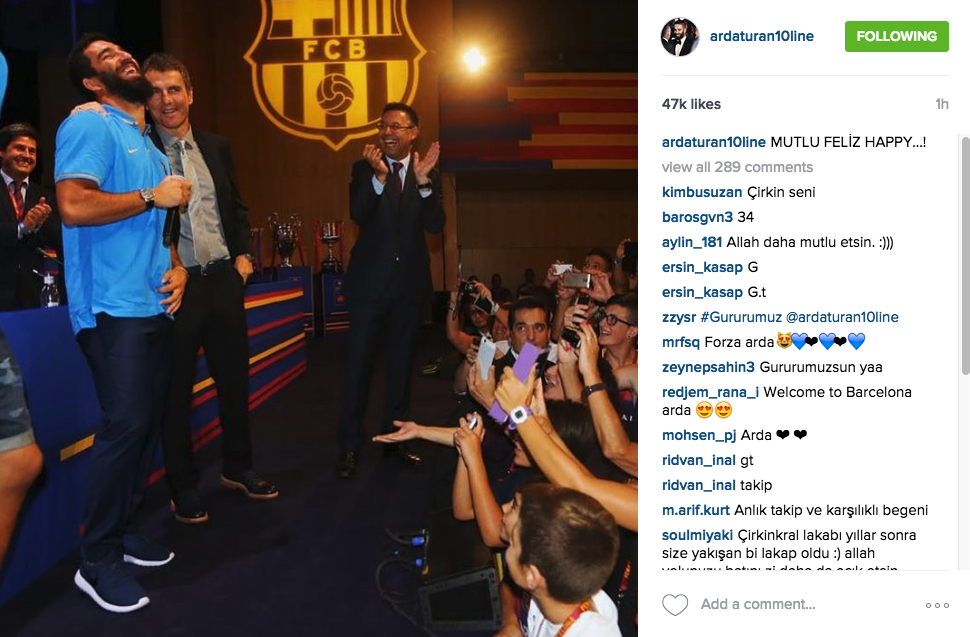 The 28-year-old joined Barcelona from Atletico Madrid for £29million but will be unable to play competitive football for his new club until January due to a transfer ban on the La Liga champions.

Turan sat out of training this week due to a sprained ankle he picked up last week. The bearded winger is yet to be assigned a shirt number this season and will not receive his digits until January when Barcelona can register him.

The Turkish international could end up being loaned out for the first half of the season to remain match fit.