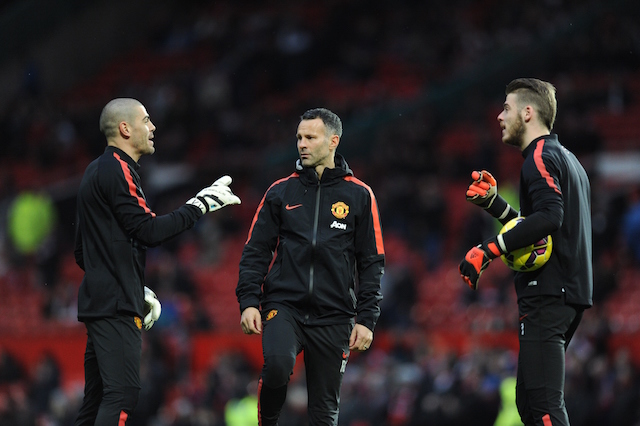 Beşiktaş are preparing a bid for Manchester United goalkeeper Victor Valdes according to Fanatik.

The report claims that Black Eagles manager Şenol Güneş is unhappy with the current goalkeepers at the club.

Güneş had initially planned to use the current crop of keepers at the club but has since changed his mind following an unsuccessful pre-season period.

Beşiktaş could however, face competition from fellow Süper Lig outfit Antalyaspor although the Black Eagles should be able to beat the newly promoted side to his signature.

Valdes joined United on a free transfer in January but has only made two appearances for the Red Devils and fell out with manager Louis van Gaal over the summer.

The Spanish international has won almost everything there is to win in club and international football including the La Liga, Champions League, World Cup and European Championship.

Valdes has yet to find a new club but is almost certain to leave United over the summer following Van Gaal’s comments.

Van Gaal was speaking during a press-conference where United’s new transfer Bastian Schweinsteiger was unveiled when he stated: “He [Valdes] is not selected because he don’t follow our philosophy. There is no place for that one player.

“Last year he refused to play with the second team.”

“When you are not willing to follow the principles of the philosophy there is only one way – out.”

Portuguese newspaper A Bola has also linked Süper Lig champions Galatasaray with a move for the Spanish international goalkeeper.