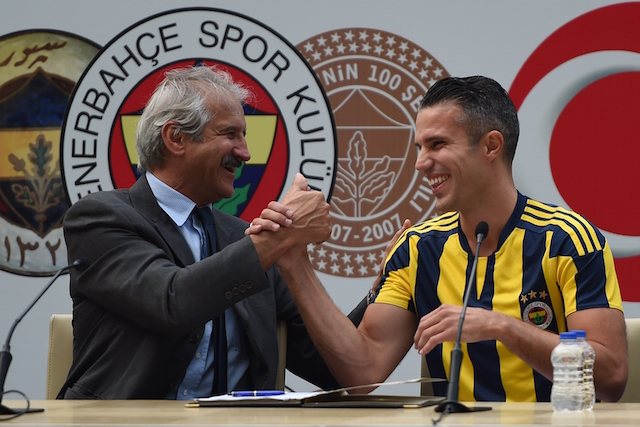 The Yellow Canaries released a statement today confirming the financial details of the three-year contract.

As reported by Turkish-football.com’s Emre Sarıgül and the Guardian’s Marcus Christenson on Thursday Fenerbahçe reached an agreement with Van Persie on 4 July 2015.

Van Persie was the second highest paid player in the United on a wage of £250,000 per-week. The Red Devils also sold Luis Nani to Fenerbahçe for a £4.3 million transfer fee last week.

The Netherlands international singed his three-year deal in-front of 15,000 fans at the Şükrü Saracoğlu stadium yesterday.

Van Persie will join his new team for pre-season training this week as his side prepare for key Champions League play-off games in their bid to reach the group stages of the European club competition.