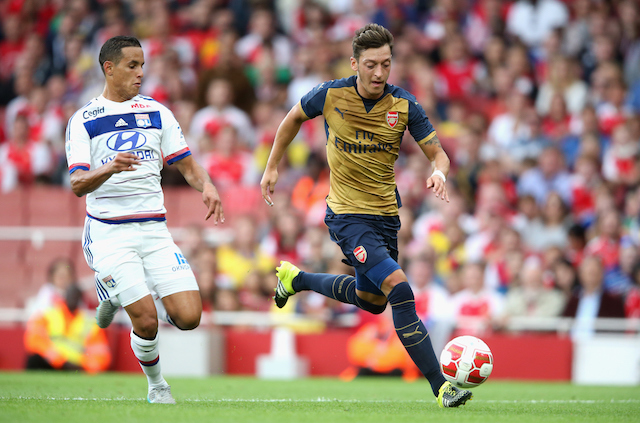 Arsenal playmaker Mesut Ozil was the star of the show during Germany’s 6-0 win over Norway last night.

However, it is a totally different story when it comes to playing for the Germany national team. Ozil provided the assist for Joachim Low’s side last week against the Czech Republic.

The former Real Madrid man followed up with a goal and assist against Norway yesterday evening.

Following last night’s game, we took to social media to see how Ozil’s performance went down with Arsenal fans.

Would love the Germany Ozil to play for Arsenal and not his long lost Turkish twin.

Ozil killing it for germany last two games! If only welbeck finished his chances created ?

Can Arsenal sign the Mesut Ozil that plays for Germany pls?

It's so frustrating as an arsenal fan watching Ozil play's sick for Germany but not for Arsenal.

Ozil in Germany vs Ozil in Arsenal ?? pic.twitter.com/UpK5StYHhQ

The Ozil in Germany is different from the one you see in Arsenal.

I ask again, have you ever seen Ozil flop with Germany? I strongly believe Wenger does not know how to get the best out of him yet!

Ozil balling for Germany again. Cant stress it enough how much Arsenal & Wenger hold him back.

#Arsenal fans when they see Ozil scored and assisted in the first 20 minutes. pic.twitter.com/2dagQErQYV

Arsenal fans will be hoping Ozil can carry his international form into the Premier League.

The north London-based club face an out-of-form Bournemouth this weekend as they look to return to winning ways.