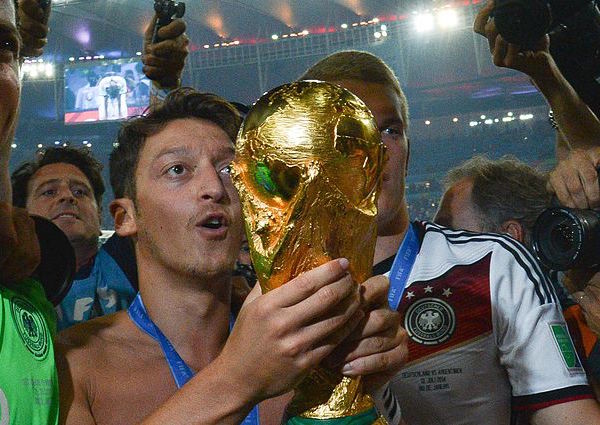 The World Cup winner featured on the right wing at stages during the match in the 2-1 win over United.

“How will Walcott feel when he see’s Ozil moved to the right flank?” Carragher tweeted.

“There will be frustration because he’s not started too often but when you see a player in your position who’s not suited to that role makes you feel worse!”

Wenger did not give Theo Walcott any playing time against the Red Devils.

Özil played the full 90 minutes for Arsenal and was given a 7.3 rating Whoscored.

The World Cup winner has provided the most assists in the Premier League since returning from injury.

The 26-year-old has scored four goals and contributed seven assists in all competitions for the Gunners this season.

Arsenal will face Bradford or Reading in the FA Cup semi-final.

The Gunners are currently 3rd in the Premier League and take on West Ham at the Emirates next.