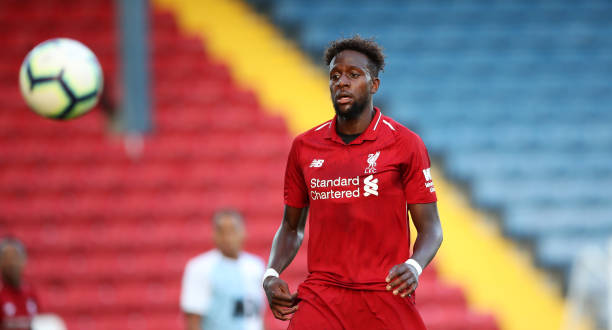 Galatasaray will begin transfer negotiations with Liverpool over their out-of-favour striker Divock Origi according to the latest reports in Turkey.

Turkish-Football recently reported that Galatasaray were interested in a move for Origi.

Meanwhile, the daily Turkish sports paper Fanatik claim that the Istanbul giants will open talks with Liverpool over the coming days. 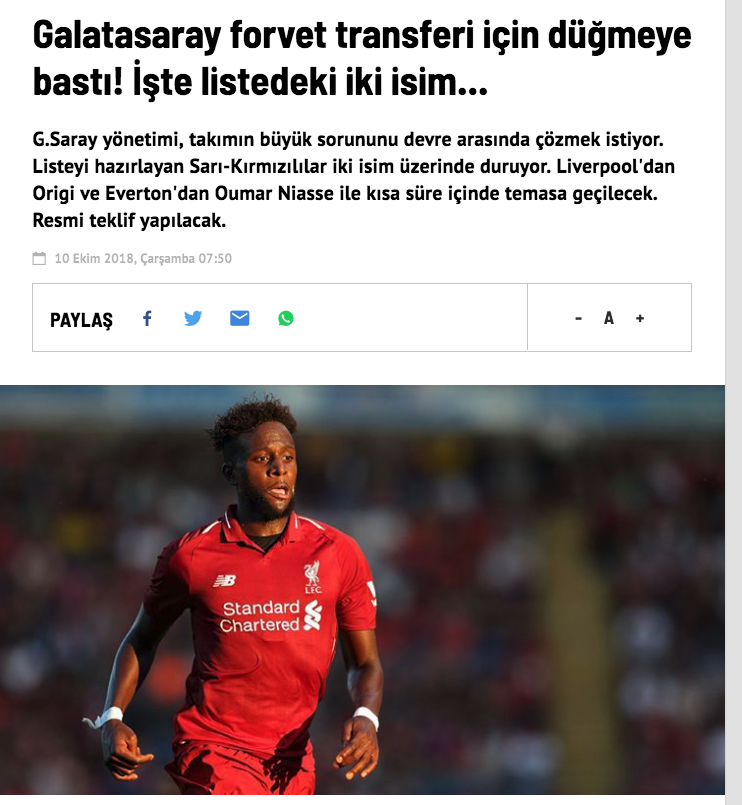 Galatasaray are on the hunt for a new striker after selling their top goalscorer Bafetemi Gomis on deadline day.

The report goes on to state that the Istanbul giants are confident of landing Origi as the Belgium international has fallen out of favour with manager Jurgen Klopp.

Origi has slid behind Daniel Sturridge in the pecking order at Anfield and has been playing for Liverpool’s Us3 side.

Galatasaray are keen to have the signing wrapped up in advance rather than carry on negotiations into January.