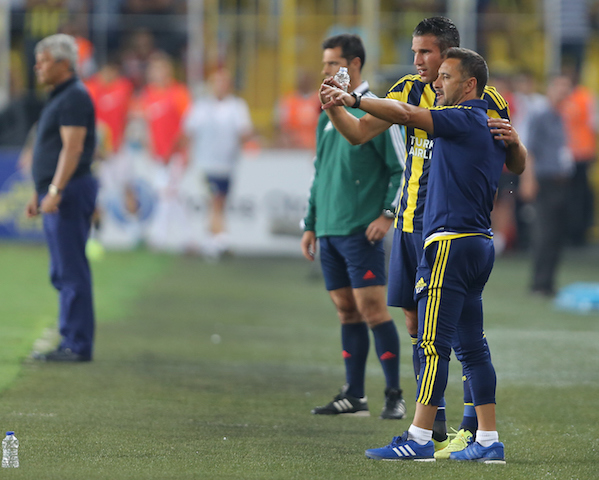 Crystal Palace, Everton and Middlesbrough are on alert following reports that Fenerbahce are prepared to sell Robin van Persie over the winter transfer window according to Fotomac.

Per the source, Fenerbahce want €13 million for the star striker and the three Premier League sides interested would be prepared to match the Yellow Canaries valuation.

Van Persie joined the Istanbul giants on a three-year deal from Manchester United last season and scored 22 times in his debut campaign.

The 33-year-old has one goal and an assist in all competitions this season although he did miss a few weeks due to injury.

The experienced forward was also closely linked with a move to the Premier League over the summer but he ended up staying and his family have settled into life in Turkey with his son enrolling in the Fenerbahce academy.

Van Persie did however, hint that he plans to return to England but whether he meant as a player or after retiring remains unclear.

“I’m open to everything. I’ve been away from the Netherlands for 13 years and that suits me fine. Whether it’s in England, Turkey or wherever,” he was quoted as saying.

“The kids are involved. They are even more English than Dutch because they grew up there. There comes a time when they also get a bigger say in where they’d like to live and be.”