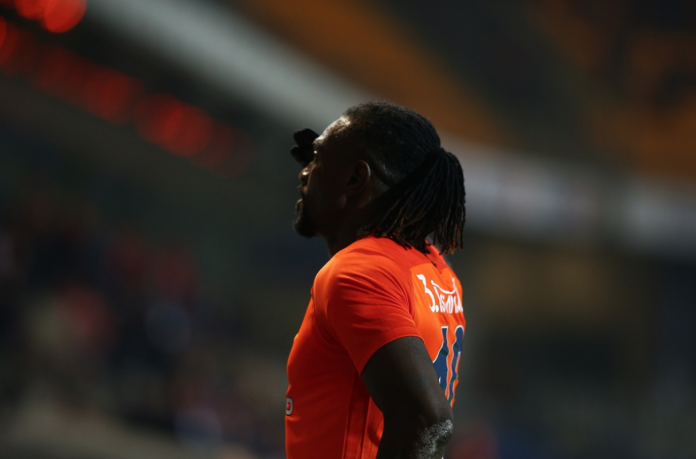 Emmanuel Adebayor is desperate for a Premier League return according to the Daily Mail.

Adebayor is hoping that he completes a deadline day move back to England.

The Togo international left Kayserispor in December and is currently a free transfer.

The experienced striker did not want to sign for another Super Lig club and has taken a gamble on a side from England signing him before the window shuts at 23:00 GMT.

Aston Villa, Newcastle and Brighton are ‘preparing’ to bring the striker back to the Premier League.

The 35-year-old striker has scored 97 in the English top-flight.

The report claims that Villa and Brighton are preparing a short-term contract.

Adebayor’s last stint in England was at Crystal Palace on February 13, 2016. He has also played for Manchester City and Tottenham.

The powerful forward has played in Turkey since 2016 but had an unsuccessful stint at Kayserispor who are last in the league table.

At Kayserispor he did manage to score twice and provide a single assist in eight appearances over the first-half of the season.