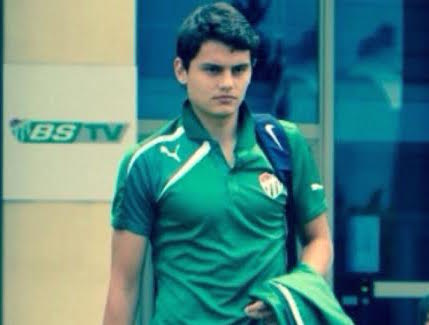 Enes Ünal has not received a €7 million bid from Chelsea according to his agent Batur Altıparmak.

“These reports are nothing but gossip. Enes has one year left on his contract it would be illogical for Chelsea to make a €7 million offer right now,” Altıparmak told Turkish-football.com.

The football agent did however, underline that Ünal is being scouted by a number of Europe’s leading clubs.

“Enes is undoubtedly a very talented player and there are a number of big clubs keeping close tabs on him,” he added.

Altıparmak also stated that he is the sole representative of Ünal and urged clubs not to talk with agents falsely claiming to represent him.

The agent said: “There have been a number of licensed and unlicensed agents pretending to represent Enes trying to offer him to clubs outside of Turkey.

“If any clubs are interested the only parties with any say on the matter are Bursaspor and myself.”

The 18-year-old striker has an extraordinary international record, hitting the back of the net 24 times in 25 games for the U16’s and has already been called-up to the U19 as well as the U21 sides.

Ünal made his first appearance for the senior Turkish national team in the 2-1 win over Luxembourg on Tuesday 31 March.

The 18-year-old striker was brought on for Olcay Şahan on 54 minutes.

Ünal also became the youngest player ever to score in the Süper Lig last season and already has seven first team goals for the Green Crocodiles.