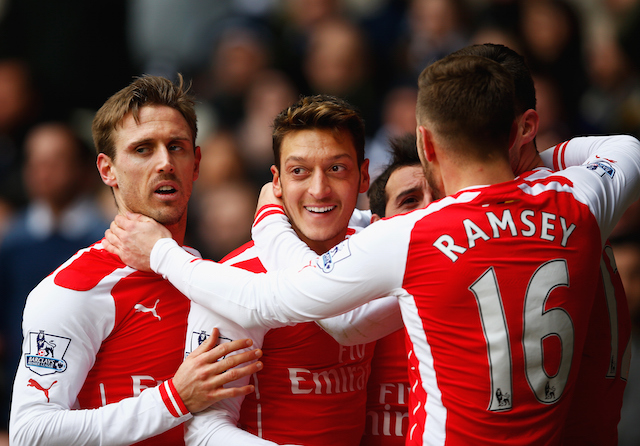 England are among the favourites to win Euro 2016 this summer according to Arsenal’s star playmaker Mesut Ozil.

The 27-year-old answered fans questions during a question and answers session on Twitter.

Ozil was asked who he thinks can win this summers tournament if Germany fail to do so.

There are many strong teams. France, Belgium, Spain or England … ⚽⚽ #ViveLaMannschaft https://t.co/rCUMCG3dh6

The European Championships remain the only trophy Ozil will be able to lift this season. The Arsenal playmaker won the World Cup with Germany in Brazil back in 2014.

Ozil was also voted Player of the Season for his efforts but his club were unable to lift a trophy. The 27-year-old has had a terrific season at Arsenal providing the highest number of assists in the Premier League (19).

The former Real Madrid star narrowly missed out on breaking the all time record for assists in a single Premier League season currently held by Thierry Henry (20).