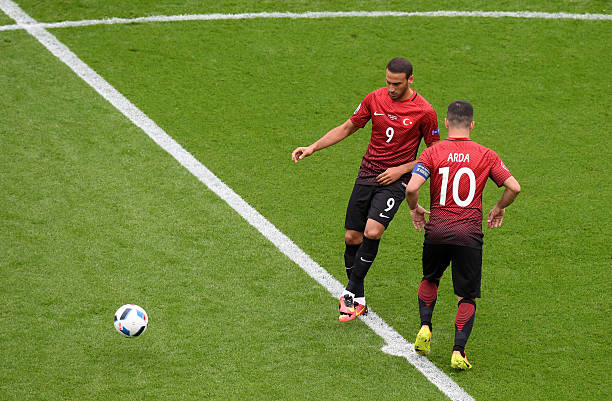 Turkey will take on Russia on 7 September in Trabzon followed by an away trip to Sweden three days later in the opening chapter of their UEFA Nations League.

Everton star Cenk Tosun and Leicester City signing Caglar Soyuncu are the Premier League representatives in the side.

Soyuncu joined the Foxes on a £20m move [Turkish-Football] on transfer deadline day but has yet to make his debut for the senior side.

Tosun is almost certain to start upfront but will face competition from Villarreal striker Enes Unal who is currently on loan at Valladolid.

There were however, a few interesting choices in defence and in the goalkeeping department.

– Mehmet Zeki Celik: The 21-year-old full-back has hit the ground running at Lille establishing himself as a first-team star. It is difficult to believe that the youngster went straight from Turkish second-tier football at Istanbulspor to making a name for himself in Ligue 1. Turkey have been crying out for new full-backs so it will be interesting to see how he does.

– Serkan Kirintili: With Volkan Babacan not included and Harun Tekin nowhere to be seen Serkan may take the helm in goal. Turkey has struggled to find a top-class keeper over recent years. Eighteen-year-old Berke Ozer is likely to be first choice shot stopper in the near future but until then Lucescu is going to have to experiment until he finds his man.

– Abdulkadir Omur: The 19-year-old boy wonder keeps getting called up and then being relegated to the reserve side. Lucescu just has not found the right moment to blood the rising star but could make use of the Trabzonspor wonder kid this time around. Keep a close eye on Omur.