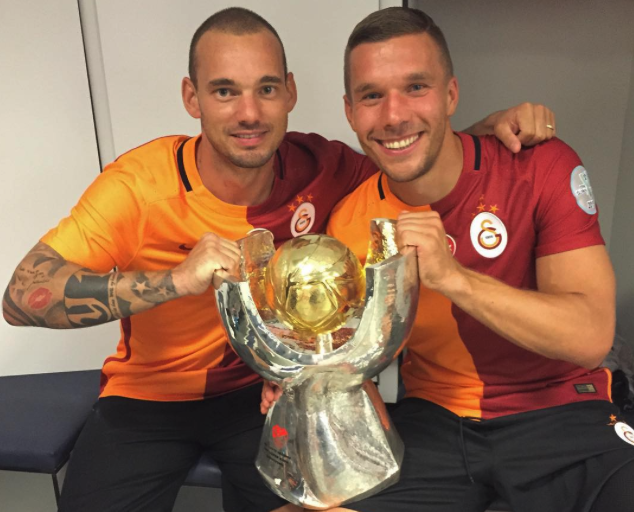 Galatasaray striker Lukas Podolski won his first piece of silverware since joining the Istanbul giants from Arsenal over the summer.

Podolski started for the Lions in the Super Cup against Bursaspor at the Osmanli stadium on 8 August.

Yasin Öztekin scored the only goal in Galatasaray’s 1-0 win over the Green Crocodiles. The Lions also beat Bursaspor in the FA Cup final to win the double back in May.

Podolski could not wait to parade his new piece of silverware on social media networks and uploaded two Instagram pictures holding the trophy.

The first was alongside fellow Galatasaray teammates Wesley Sneijder and the second featured Fernando Muslera, Alex Telles, Chedjou and Sneijder. 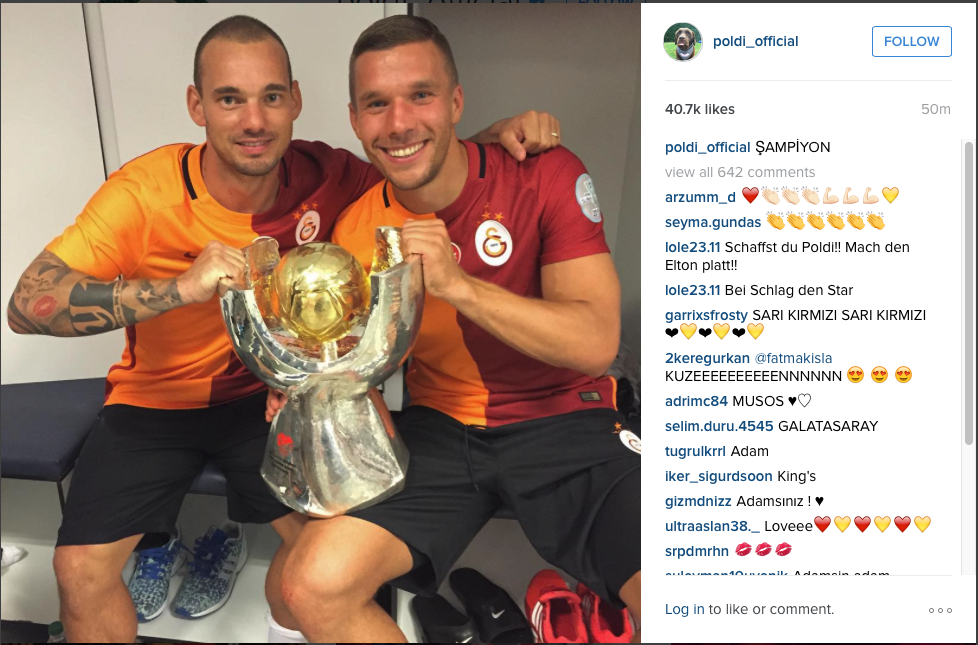 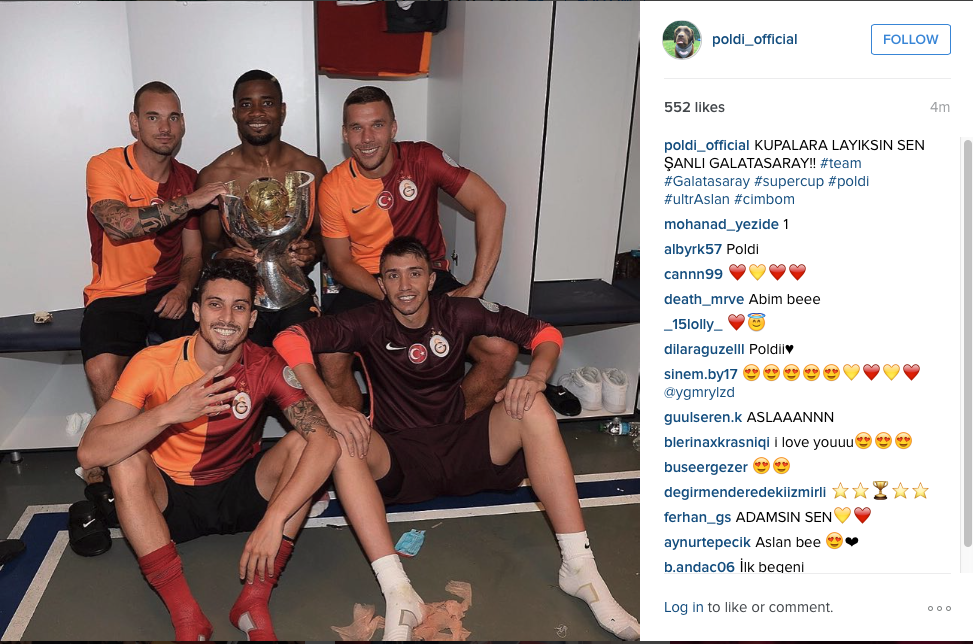 Galatasaray kick-off their league campaign against Sivasspor next week at the 4 Eylül stadium.

The Lions won the league title for a record 20th time last season and became the first Turkish club to wear the fourth star on their crest as a result.