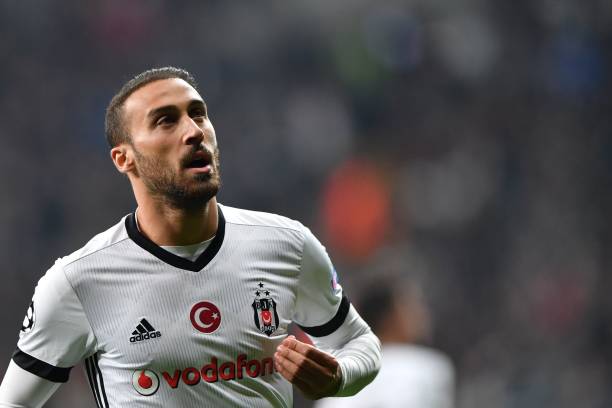 Everton’s pursuit of Cenk Tosun is in the balance after Besiktas reportedly raised their asking price to £27 million according to the Times.

Per the source, the Toffees are unwilling to increase their offer of £25 million.

The report sparked rumours that the deal has collapsed.

A source close to Besiktas revealed to Turkish-Football that contrary to reports the deal is still on.

The transfer has yet to be finalised but speculation that negotiations have ended are false.

The Black Eagles have been waiting for the return of club president Fikret Orman from his South Africa trip over the new year period before releasing an official statement.

An announcement is expected imminently over the current transfer situation.

The Istanbul giants remain confident that the deal will go ahead.

Orman has a reputation for driving a hard bargain.

You know when you’re walking around the Grand Bazaar and get invited in for a tea but end up leaving with a Turkish carpet.. well that salesman has nothing on Mr Orman.

The real concern for Besiktas is not the extra £2 million being reported in the media.

The reigning Super Lig champions want to secure a replacement before announcing a deal over Tosun.

Besiktas are concerned clubs will raise their asking price and that their Istanbul rivals will attempt to scupper deals they are working on.

It is common place for rival clubs to try and sabotage transfer deals among Super Lig sides.

Tosun could end up making his debut against Liverpool in the FA Cup on Friday 5 January.

The 26-year-old is still in London after agreeing personal terms with the Toffees.

The Turkish international is waiting for Besiktas to give him the green light before travelling to Merseyside to complete his deal and start training with the rest of the team.