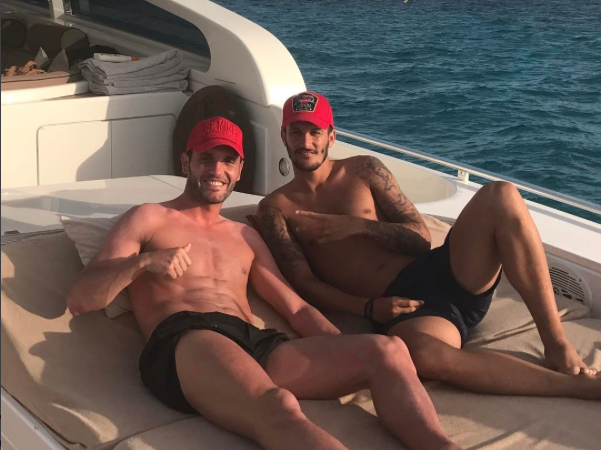 Arsenal striker Lucas Perez had been closely linked with a summer exit this window.

Perez has confirmed rumours that he wants to leave after slamming Arsene Wenger in the Spanish press yesterday.

The 28-year-old forward revealed that giving his No 9 shirt to Alexandre Lacazette without informing him was the final straw.

Perez stated that he feels cheated by Arsenal and that the shirt incident was an ‘ugly gesture’.

Spanish website La Voz De Galicia quote Perez as telling them: “They [Arsenal] are not behaving well with me.

“The thing of taking the shirt number without telling me to give it to a companion. It seems to me the last straw.

“I can not continue this way. I have given everything, but that has not been reciprocated, so I can’t stand it any longer.

“I feel cheated. In February I was not allowed to leave for China with the promise that I would play more and after that I had even fewer opportunities.

“But the shirt number is an ugly gesture. On the trip, Lacazette asked the boss and he accepted. Afterwards, he told me.

“Last year he [Wenger] told me that he understood that I was upset. I think this season things will get worse, so help me out.”

Turkish league giants Fenerbahce will be keen to help Perez out.

A source close to the club told Turkish-Football that the Yellow Canaries recently sent club officials to London for talks with the striker’s representatives.

Fenerbahce want Perez on loan after following his latest outburst the Gunners may end up wanting to sell him on a permanent deal.

Perez does however, have two years remaining on his contract and did cost Arsenal £17 million last summer.

Fenerbahce would be able to offer Perez first team football next season but the club will have to strike a deal with the Gunners before talks can progress further.