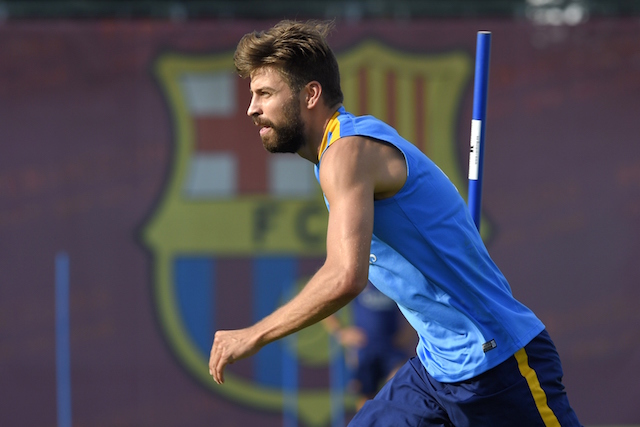 Arda Turan has thanked his new team-mate Gerrard Pique for helping him find a property in Barcelona.

The Turkish international posted a picture on Instagram of himself alongside the former Manchester United defender calling him the best estate agent he has ever known.

Arda joined his new-teammates for pre-season training on Monday but will be unable to participate in any friendly games.

The 28-year-old posted the following caption alongside his picture of Pique, “The best real estate agent I know. Thanks for your help and company (bro).” 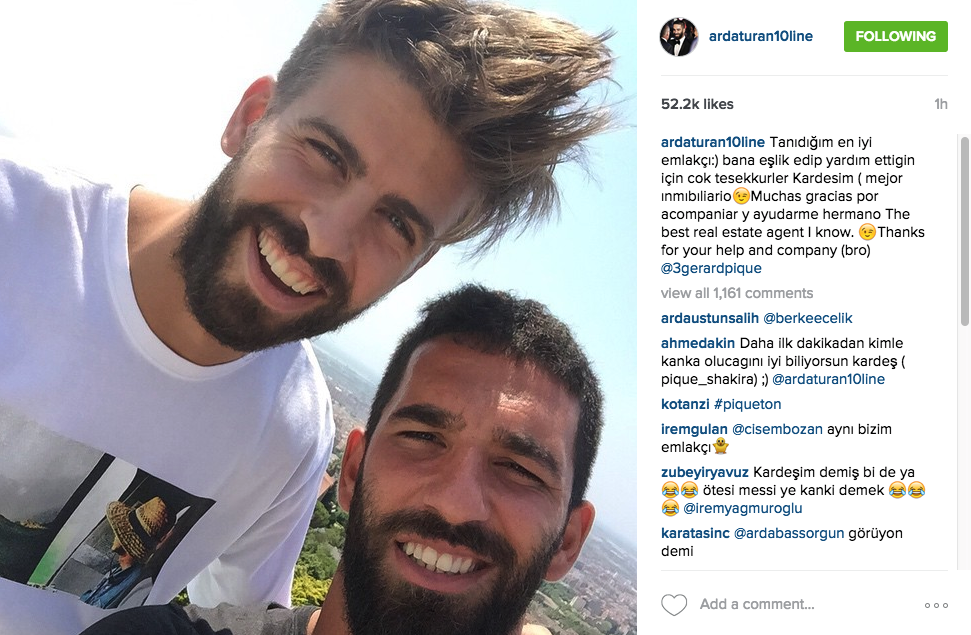 Turan is currently the most expensive La Liga transfer of the summer after joining Barcelona on a £24 million move from Atletico Madrid.

The Turkish international has signed a five-year contract with Barcelona but will be unable to play until January due to the La Liga champions transfer ban.

The 28-year-old is expected to join Barcelona on their summer tour of the US and participate in the Intercontinental Champions Cup.