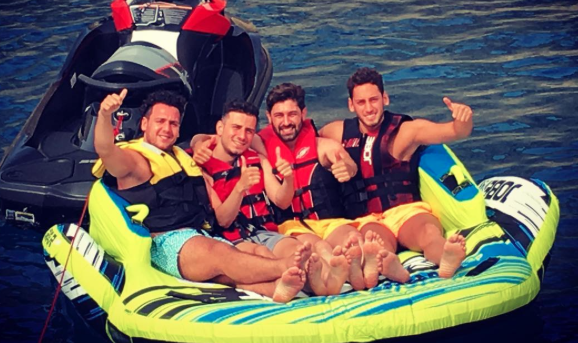 Besiktas star Oguzhan Ozyakup has been closely linked with an exit this summer.

The Turkish international has just 12 months remaining on his contract but has yet to sign an extension.

French giants Marseille became the latest club to be linked with Ozyakup according to reports in Turkey.

The report also claims that West Ham are interested in the central midfielder.

Hammers boss Slaven Bilic is keen on being reunited with Ozyakup who he coached for two seasons during his time in charge of the Black Eagles.

Turkish-Football report that Arsenal have also been linked with their former academy star.

Arsenal scout Jurgen Kost confirmed that he has been monitoring Ozyakup earlier in the 2016-17 season.

Kost was quoted by Turkish-Football as saying: “Ozyakup is a player we have been closely tracking and when we do our next search for players in his position there is a possibility he return to Arsenal.”

The Netherlands born midfielder rose through the Arsenal youth ranks, winning the 2009 Youth FA Cup along with Jack Wilshere and Francis Coquelin.

Ozyakup has gone onto win two league titles with Besiktas since joining in 2012.