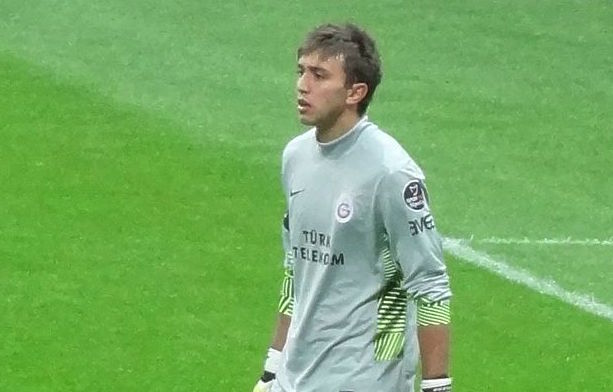 Galatasaray want £15 million for Arsenal target Fernando Muslera according to the Metro.

The Uruguayan international has been one of the Lions players of the season despite conceding a career high 34 goals over the league campaign.

Muslera has however, kept five consecutive clean sheets – all of which ended in victories – at the most critical stage in the season helping his side over the finishing line.

The experienced keeper has had to deal with a defence conceding more shots on target (13.8) than any other side in the top six. Muslera has averaged 3.3 saves per-match only Serdar Kirintili of relegation strugglers Rizespor has averaged more saves per-game (keepers with over 25 appearances).

Arsenal are reported to be in the market for a keeper and were closely linked with the 28-year-old goalkeeper during the Winter transfer window by the Express.

Galatasaray won the league title for the 20th time on the weekend and have the chance to win the double when they take on Bursaspor in the Turkish Cup final on 3 June.