Cenk Tosun suffered an injury yesterday which could rule him out for the rest of the season the Liverpool Echo revealed.

Tosun could end up seeing his Crystal Palace loan cut short and may miss Euro 2020.

Leicester City star and Turkey international teammate of Tosun, Caglar Soyuncu, reached out to the striker after the game.

Soyuncu shared a photograph on his Instagram stories exchanging shirts with Tosun alongside the message: ‘Get well soon’. 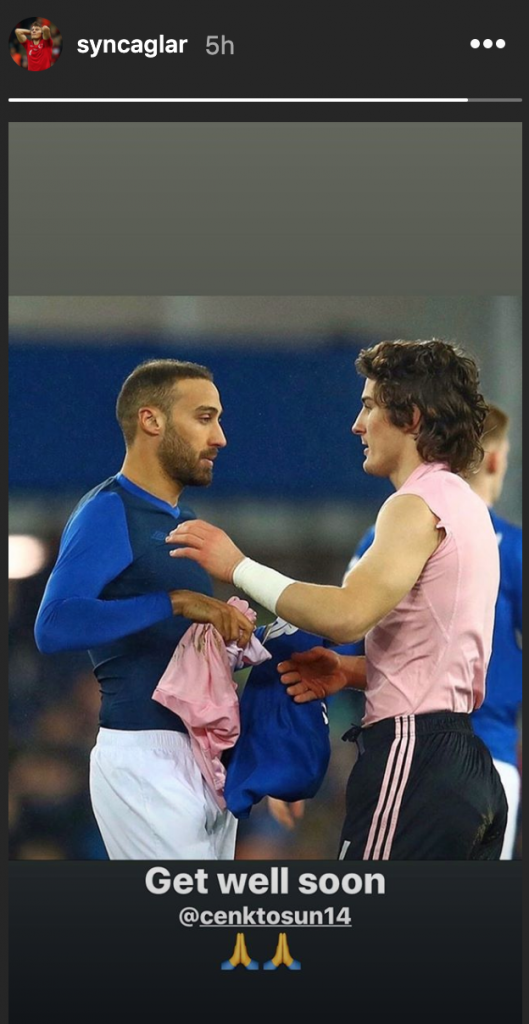 The severity of Tosun’s injury is yet to be disclosed but he did return to Everton today as the club waits for an update regarding his situation.

Tosun is one of two Turkey international players in the Premier League – the other being Soyuncu.

There are four ethnic Turks in the Premier League in total with Arsenal playmaker Mesut Ozil and Manchester City midfielder Ilkay Gundogan being the other two.

Ozil and Gundogan both represented Germany at international level.

Tosun, Ozil and Gundogan were all born in Germany while Soyuncu was born in Turkey.