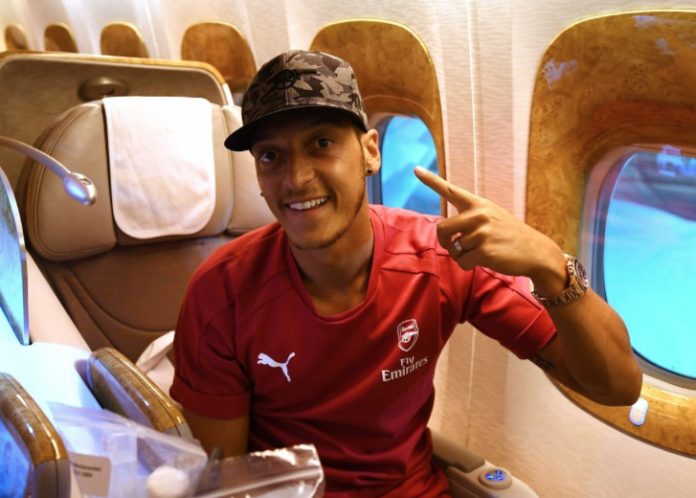 ‘He wants to stay another 3 years’ – Arsenal given major boost in contract talks with star player, agent confirms

Arsenal appear to have been given a major boost in their attempts to extent the contract of Mesut Ozil.

Negotiations have been at a deadlock for months over the a new deal.

Ozil has under 12 months remaining on his contract but has yet to reach an agreement over an extension.

The playmaker of Turkish origin has been linked with a move to Manchester United and Besiktas over recent weeks.

See More: “We need what they bring” – International star admits Arsenal will be wakened if Alexis and Ozil leave

“Ozil wants to play another 2-3 years in the Premier League,” Sogut said.

“Talks with Arsenal are ongoing regarding a new deal, what I can say right now is that negotiations are going well.”

Arsenal face the possibility of losing both Ozil and Alexis Sanchez – who also has under 12 months on his contract – on a free transfer next season unless an agreement is reached before January.

Ozil has come under fire this season after a disappointing start to the campaign.

The 28-year-old has yet to score or provide an assist, although he has missed the past few games with a knee injury.