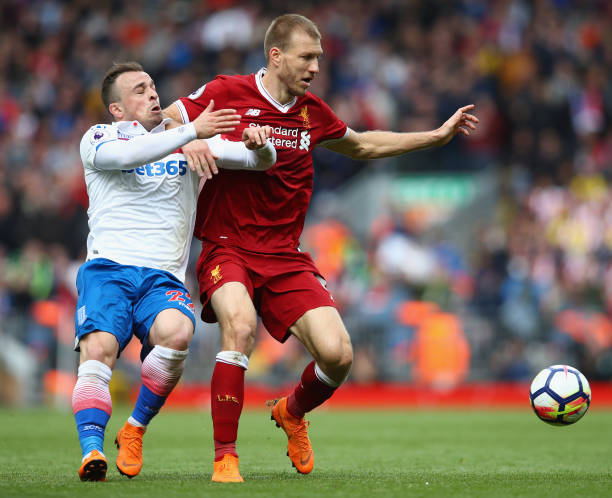 Fenerbahce have made Liverpool defender Ragnar Klavan a transfer priority after Manchester United manager Jose Mourinho blocked the exit of Marcos Rojo according to Fotomac.

The Turkish sports newspaper report that Mourinho’s decision may inadvertently result in Klavan moving to Fenerbahce.

The Yellow Canaries have reportedly been locked in talks with Liverpool for a fortnight.

Fenerbahce had been unable to reach an agreement with Liverpool over a transfer fee but with just over a fortnight remaining until the end of the Super Lig transfer window the Reds appear keen on striking a deal.

The report claims Liverpool are prepared to work with Fenerbahce on working out an agreement.

The Istanbul giants are under pressure from Financial Fair Play to curb spending and must stay within budget or face heavy fines and the possibility of suspension from European competition.

Fenerbahce want to sign the striker before 1 September which is when the Super Lig transfer window shuts.

The Yellow-Navy Blues have made signing a defender a priority this summer.

Klavan would join former Liverpool defender Martin Skrtel at centre-back if he were to complete his move to the Yellow Canaries.