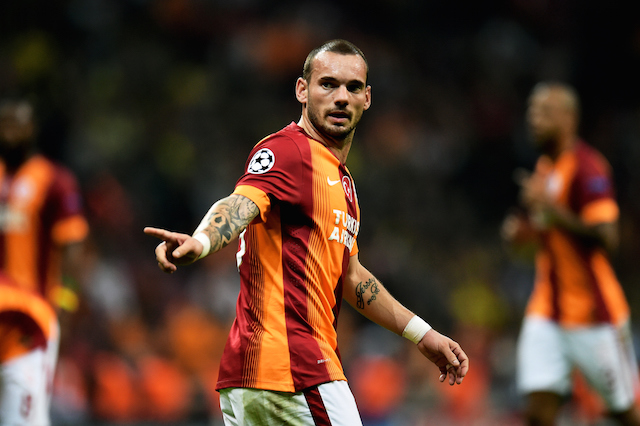 Juventus made an offer for Galatasaray playmaker Wesley Sneijder over the summer according to sporting director Cenk Ergün.

The Italian giants have been closely linked with the Dutch star but Ergün revealed that they turned down all previous offers.

“Wesley Sneijder is a key player for us. Juventus made us a serious offer for him but after talks we decided to keep him on,” Ergün said speaking at the Wyscout forum.

Fanatik report that Chelsea are plotting a move for the experienced playmaker. Blues boss Jose Mourinho is of course no stranger to Sneijder who remains one of his most loyal supporters despite having not played under the Portuguese managers stewardship since his Inter days.

Sneijder played under the stewardship of Mourinho while at Inter Milan where they lifted the UEFA Champions League and Serie A in the historic treble winning season.

The Netherlands international does however, still have three years remaining on his contract and has settled in well to life in Turkey.

The former Inter playmaker has provided four assists and scored three goals in 15 appearances for the Istanbul giants this season and has won every domestic title in Turkey with Galatasaray.