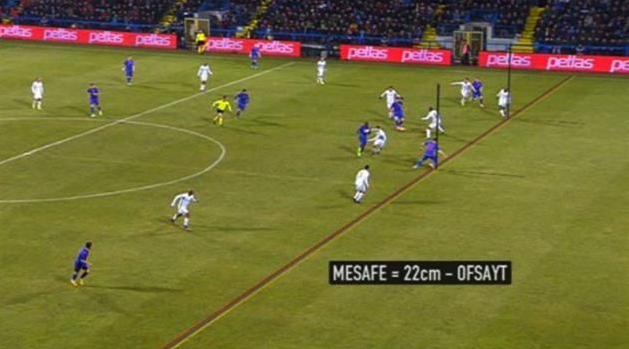 Karabukspor have now defeated both Besiktas and Galatasaray at home this season but their first goal against the Black Eagles should have been ruled offside.

Replays after the game proved that Karabukspor goal scorer Ermin Zec was 22cm offside in the lead-up to the opening goal.

The refereeing error was just the latest in a string of poor officiating decisions that have sparked controversy this season.

These kind of mistakes could however, be a thing of the past once Video Assistant Referees (VARS) are implemented.

The Turkish league will start testing the use of VARS next month and Super Lig Union of Clubs president Göksel Gümüşdağ recently revealed that all 18 top-flight clubs have agreed for the system to be used next season.

The Super Lig would become one of the first UEFA leagues to use VAR technology if it all goes ahead.

Gümüşdağ stated: “There have been too many refereeing mistakes, we had a meeting with the refereeing committee (MHK) and have signed an agreement which will introduce video assistant referees in March for testing. The 18 clubs have all reached a mutual understanding regarding the new system which will be rolled out next season.”

Besiktas remain in first place following the defeat but second placed Basaksehir could move into pole position with a victory over Kasimpasa on Sunday 12 February.

The Black Eagles will take on Hapoel Be’er Sheva next in the Europa League on Thursday 16 February.