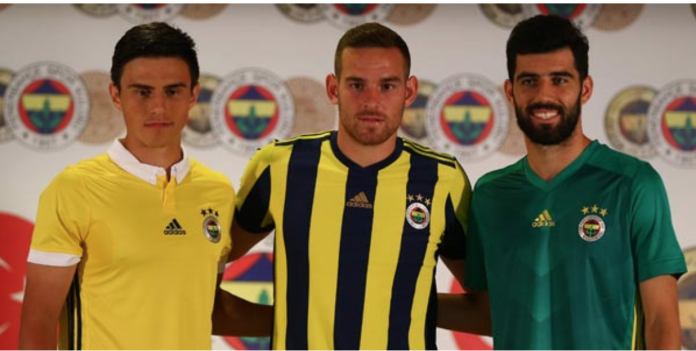 Vincent Janssen joined Fenerbahce on a one-year loan over the summer transfer window.

The 23-year-old has two goals in his first two started for Fenerbahce including a derby winner in the 2-1 victory over Besiktas.

Janssen was involved in a signing ceremony today at the Sukru Saracoglu stadium where he opened up about his decision to join the Istanbul giants.

The Dutch striker revealed that his main motivation was to win silverware.

“I left Tottenham to win trophies here, that is my main drive,” Janssen told reporters at the signing ceremony.

“I have never won a trophy in my career so that is my goal.

“I really want to win a trophy here, the whole team is driven for success.”

Janssen has failed to win a trophy at Tottenham or his former club AZ Alkmaar.

Fenerbahce are currently fourth in the Super Lig, five points behind leaders Galatasaray.

The Yellow Canaries will be competing in the league and Turkish Cup this season.

The last time the Istanbul giants won a trophy was the league and cup double in 2014.

Fenerbahce take on Akhisar next on Friday in the Super Lig.