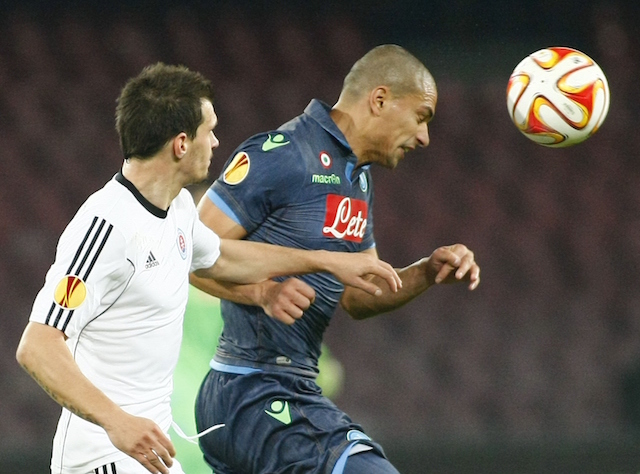 Leicester City are close to completing the transfer of the Napoli midfielder Gokhan Inler according to Sky Sports.

Sky Sports state that the Switzerland international is expected the sign a three-year deal with the Foxes in the coming days.

Leicester’s manager Claudio Ranieri has been on the lookout for an experienced midfielder to replace former Real Madrid and Inter star Esteban Cambiasso. The Argentine left Leicester after turning down a new contract at the end of last season.

“I want to speak when there is something concrete. I think the club are speaking to a lot of players and I hope, as soon as it is possible, one player will arrive,” Ranieri said in a conference when asked about Inler (Independent).

Fiorentina, West Ham, Hamburg and Werder Bremen are all also in the race to sign Inler according to Di Marzio.

Inler scored one goal in 33 appearances for Napoli in all competitions last season.

The Switzerland international has also previously played for Udinese, Zurich and FC Basel.