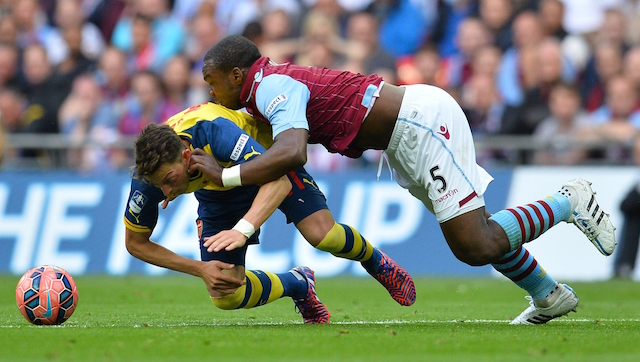 Arsenal boss Arsene Wenger is facing a selection headache going into this evening’s clash with Liverpool.

The French tactician will be without his star playmaker Mesut Ozil who has been struck by a cold. The 28-year-old hasn’t participated in first team training this week.

Star defender Laurent Koscielny is a doubt going into tonight’s clash while Santi Cazorla is ruled out with a long-term injury.

Liverpool’s only injury concern is of their captain and star midfielder Jordan Henderson. The England international missed Monday night’s defeat at the hands of Leicester City.

Jurgen Klopp side host Arsenal at the Anfield stadium, kick-off is at 17:30 (GMT).

Arsenal can out clear daylight between themselves and the Merseyside club if they record a win. The Gunners are currently a point ahead of Liverpool and do have a game in hand.