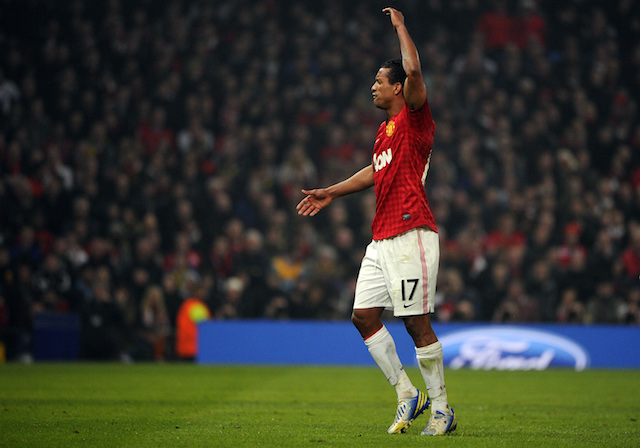 Luis Nani parted ways with Manchester United over the summer but has revealed that the club and Sir Alex Ferguson in particular will always remain a part of him.

Nani waxed lyrical about Ferguson in his pre-match press conference ahead of Fenerbahce’s Europa League Last 16 clash against Braga.

The Portuguese international was asked about his time at United and working with Ferguson to which he replied: “I will never forget working with him [Alex Ferguson] he is without a doubt the best manager I have ever worked him.”

Nani stated that it was an honour to have been part of the legacy of Ferguson and that he will always treasure working with the United legend.

“I am just glad to have been a part of the Alex Ferguson story and will always treasure working with him,” he added.

Nani won four Premier League titles, the Champions League and the World Club Cup during his time with the Red Devils.

The Portuguese international was signed by Sir Alex Ferguson in 2007 and spent a grand total of eight seasons at the club.

The former United man has 10 goals and eight assists in all competitions for the Yellow Canaries this season.