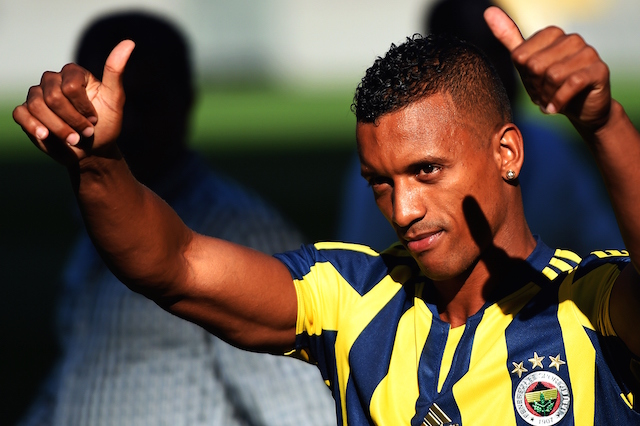 Nani completed his €6 million transfer from Manchester United to Fenerbahçe yesterday on a three-year deal.

The Portuguese international was given a heroes reception as he was unveiled in the official signing ceremony at the Şükrü Saracoğlu stadium and pulled off a few fancy tricks for the crowd which reminded us of what he is capable of.

Nani won four Premier League titles and the Champions League during his time at United so we thought we would look at five of his best goals for the Red Devils.

The way Nani beats Gael Clichy and Mikel Arteta with a sublime piece of individual skill would be worthy of a video in itself but he then managed to easy past a third Arsenal player before lobbing the keeper from a near-impossible angle.