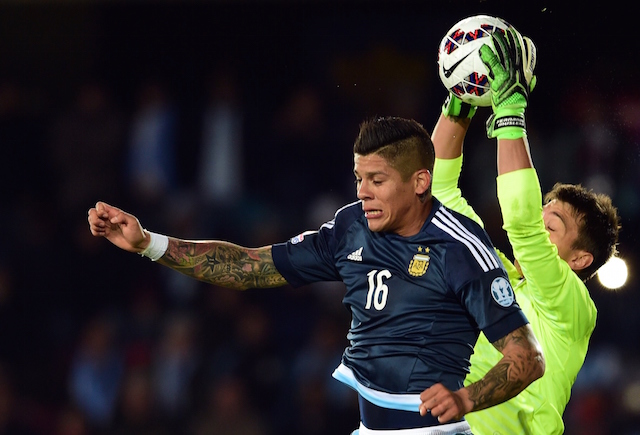 Fenerbahce have made Manchester United defender Marcos Rojo a transfer priority according to the Fanatik sports newspaper.

Per the source, Yellow Canaries head coach Phillip Cocu has identified Rojo as being his main defensive target.

Fenerbahce sporting director Damien Comolli is set to hold talks with United over the potential of a summer move.

The Super Lig giants want the Argentinian international on a loan move.

Rojo has fallen behind Eric Bailly, Phil Jones, Smalling and Lindelof in the pecking order at United.

The 28-year-old is not expected to feature regularly this season but the Daily Mail did report that United blocked Rojo’s move to Everton after failing to sign a new defender.

United were linked with a transfer deadline move for Diego Godin, Harry Maguire and Jerome Boateng, none of which materialized.

Rojo does have another three-years remaining on his contract but it remains to be seen whether United would be open to a loan move.

The defender was not in the squad in the Premier League opener against Leicester City on Friday due to injury.

Rojo made just 12 appearances in all competitions last season but did miss the start of the campaign due to a cruciate ligament injury.