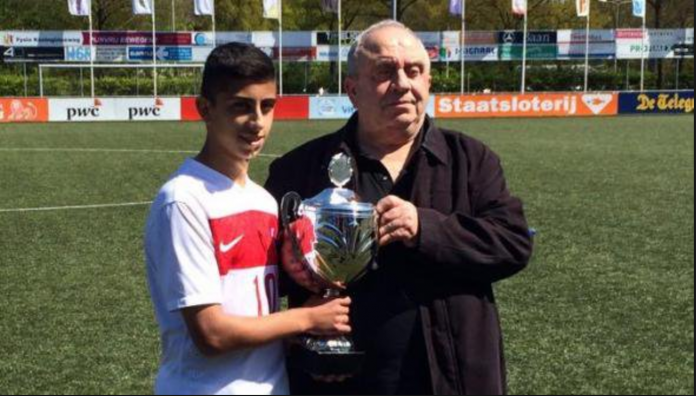 Barcelona and Manchester United are locked in a race to pinch Valencia wonder kid Ferhat Cogalan.

The Valencia youngster has been described as the ‘jewel’ of Valencia in the Spanish media.

The La Liga champions have been keeping close tabs on the Turkey youth international for the past two seasons and are hoping to sign him on a professional contract when he turns 16 on June 16.

Cogalan’s representatives face a dilemma over sticking with Valencia who signed him aged 12 or make a switch.

The 15-year-old first came to the attention of United after being recommended by Phil Neville during his time as Valencia assistant coach.

In fact Cogalan’s father Sedat travelled to Manchester for talks with United at Carrington.

Sedat said in 2017: “We’re in no hurry because Ferhat is in contract with Valencia until 2021.

“But when a club like Manchester United invites us, it is logical that we study the proposal, right?”

The Turkish youth international was born in Arak, Trabzon and joined Valencia aged 12 where he has gone onto establish himself as one of the brightest Turkish footballing talents.

Cogalan helped the Valencia youth side win the league title. The right-footed No 10 also plays for the U17 Turkey national side despite being aged just 15.