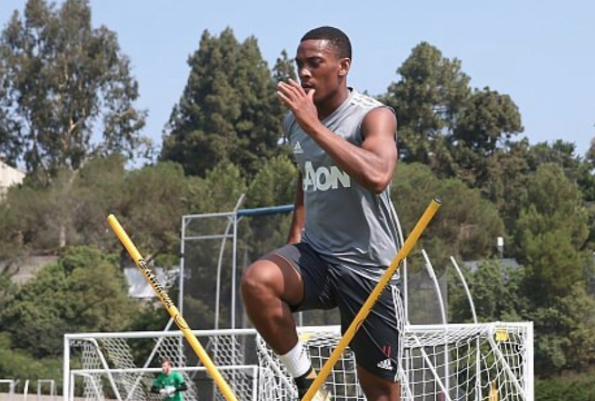 Manchester United forward Anthony Martial has been offered to Fenerbahce by his agent according to Fanatik.

Per the source, Martial’s representatives contacted Fenerbahce regarding his availability in January.

Yellow Canaries head coach Jorge Jesus reportedly gave the green light to the board to pursue a potential move for the forward.

Talks are expected to continue between Fenerbahce and Martial’s representatives over the next few days.

The report claims that Martial is keen on moving to Turkey on loan.

Jesus wants to strengthen his forward and wide positions, Martial has been identified as a player who fits want the Fenerbahce manager is targeting over the January transfer window.

The 26-year-old has struggled for playing time this season making four appearances but he has scored three goals and provided two assists.

Martial also has international experience for France and has 30 caps under his belt.

Martial is under contract at United until 2024 but wants more playing time and is open to a loan move to prove himself.

United signed Martial for €60m from Lyon in 2015 and he has also played at Sevilla and Monaco.

Fenerbahce are currently first in the Super Lig on 26 points after 11 games.