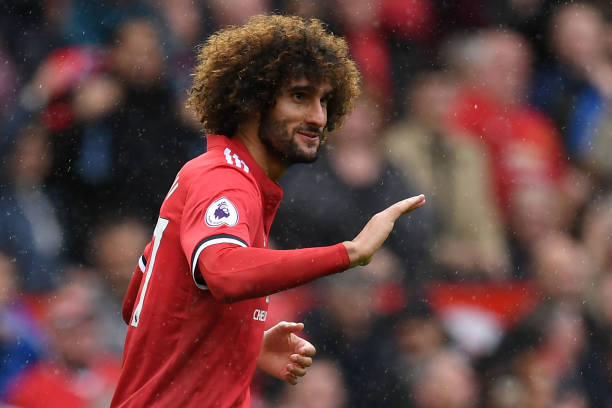 The Belgium international has entered the final four months of his contract at Old Trafford and could end up leaving the club for free at the end of the season.

Fellaini has found first-team opportunities hard to come by this season and has seen himself drop behind Scott McTominay in the pecking order at United.

According to the Turkish outlet Fotomac, Besiktas have reached an agreement with the 30-year-old’s representatives after several rounds of talks.

Per the source, Fellaini will join Besiktas at the end of the season on a free-transfer.

Besiktas have been pursuing the powerful midfielder since the summer transfer window.

Man United boss Jose Mourinho recently stated that he wants Fellaini to stay but has admitted he cannot rule out an Old Trafford exit.

“I’m happy with his contribution, he is being a great professional for us,” Mourinho stated.

“I know he wants to stay with us, he knows I want him and the club wants him but there is a paper to sign and you only sign it when you are happy with what is in the paper so let’s see what happens.”

Man United are back in action this weekend when they take on Huddersfield in the FA Cup on Saturday.