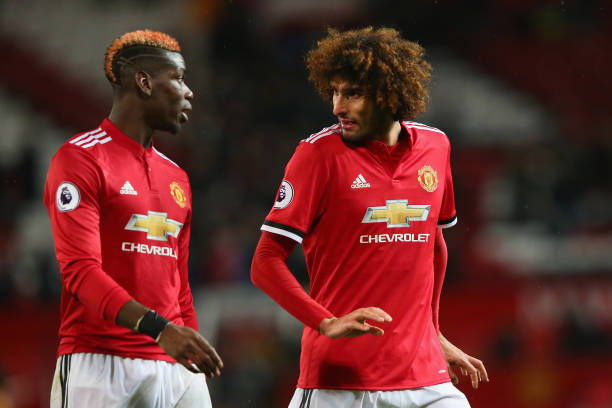 Manchester United take on Sevilla in the Champions League Last 16 first-leg tie at the Ramon Sanchez Pizjuan Stadium on Wednesday.

United topped Group A, finishing above runners-up FC Basel with five wins and a single defeat.

The La Liga outfit finished behind United rivals Liverpool in the group.

The Red Devils head into the clash as favorites to progress to the quarter-finals but Jose Mourinho has revealed he has a bit of an injury crisis.

The United boss confirmed that up to eight players could miss the tie.

Mourinho made several changes to his squad for the Emirates FA Cup victory at Huddersfield Town on Saturday but told reporters he was not actually resting players.

“I didn’t rest anyone other than [David] De Gea,” he stressed. “Can we recover some of them for Wednesday? I think [Marcus] Rashford, [Ander] Herrera, [Antonio] Valencia have a chance.

Galatasaray will be unable to monitor summer target Fellaini.

Reports in Turkey claim that the Belgium international has already struck a deal with the Lions.

In fact Aksam claim that the Istanbul giants have an agreement-in-principle for a five-year deal.

Fellaini will be a free agent at the end of the season unless he strikes a contract extention.

United could welcome back Eric Bailly who came on as a substitute in the dying embers of the clash at the John Smith’s Stadium at the weekend.

Rashford and Herrera have missed the last couple of games but Valencia featured in the last Premier League game against at Newcastle United.