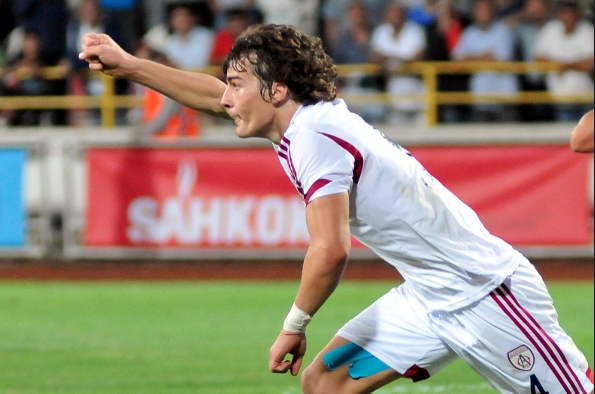 Manchester United have been keeping tabs on Freiburg defender Caglar Soyuncu as previously reported by Turkish-Football.com but the Red Devils could face competition from Roma.

A source close to the player revealed to Turkish-football.com that Roma have also been scouting the 20-year-old defender and made an enquiry regarding his availability through a third part over the winter transfer window.

Soyuncu joined Freiburg from Altinordu for £2 million over the summer and managed to transition from playing in the Turkish second division to the Bundesliga without a hitch.

The young centre-back is a first team regular for Freiburg and made 16 appearances in the league, recently being awarded Man of the Match for his display against Hertha Berlin.

The rise of Soyuncu has not gone unnoticed and he has been attracting scouts from across Europe – just as he did during his time at Altinordu.

The Izmir based outfit have a clause which would result in 30 percent of a future transfer fee being paid to the club.

The Freiburg star was quoted by Turkish-Football.com as being an admirer of United boss Jose Mourinho.

Soyuncu’s contract at Freiburg runs until 2021 and while he has made no secret of his desire to play Premier League football in the future he is happy at Freiburg.

The powerful centre-back has settled in at Freiburg and has been learning German as well as English this season.

Soyuncu is one of the most highly rated young defenders to emerge from Turkey over recent years and has already won himself two international caps for the Turkish national team.

Freiburg are currently 8th in the Bundesliga and take on FC Koln next on Sunday 8 February at the Dreisamstadion stadium, Soyuncu is expected to start.