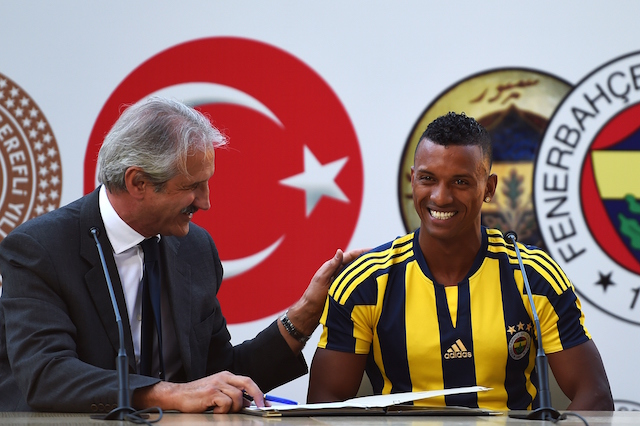 Manchester United have agreed personal terms with Fenerbahce winger Luis Nani according to one of Turkey’s largest media outlets DHA.

The report states that United have held talks with Nani following a directive from the newly appointed manager Jose Mourinho.

DHA go onto state that Nani is keen on a return to United and has agreed personal terms with the Red Devils.

However, United are yet to agree upon a fee for the 29-year-old who they parted ways with last season.

United are unwilling to match the €8 million release clause – as they sold Nani for €6 million last season – and will hold talks with Fenerbahce over the coming days to negotiate a deal.

The Premier League giants sold Nani to Fenerbahce at the start of last season after the Portugal international fell out of favour with former head coach Luis van Gaal.

Nani scored 13 goals and provided 12 assists in 46 appearances for Fenerbahce this season. The Portugal international has two years remaining on his contract with the Yellow Canaries.

Despite having an impressive debut season in Turkey there have been reports that Nani is not on the best of terms with Fenerbahce manager Vitor Pereira.

The experienced winger is currently on international duty with the Portugal national team ahead of Euro 2016 in France.