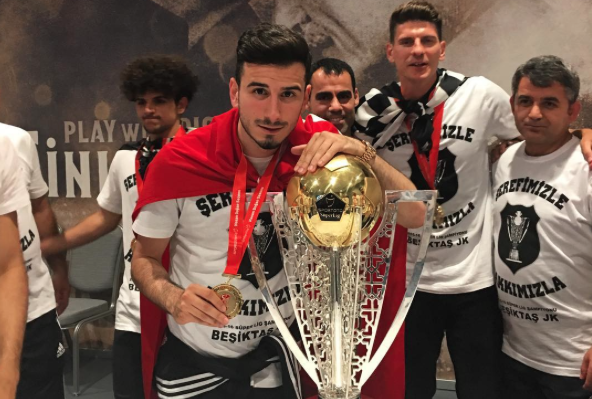 Marseille enter talks with £17.5m Arsenal target who has directly been involved in 69 goals since leaving North London

Marseille have entered the race for Besiktas star Oguzhan Ozyakup according to reports in Turkey.

A Spor reporter Hakan Gundogar revealed live on air that the Ligue 1 outfit are in talks with the Turkish international.

Ozyakup has 12 months remaining on his contract, leading to speculation that he could be headed for a summer exit.

The 24-year-old has yet to renew his deal and has hinted at a summer exit.

A source close to Besiktas revealed that the club want to keep Ozkyaup on their books but would consider offers that match their £17.5 million asking valuation.

Turkish-Football have reported that Arsenal have been closely linked with a move for their former youth player.

Ozyakup rose through the ranks at Arsenal alongside Jack Wilshere and Francis Coquelin before leaving in pursuit of first team football.

The central midfielder joined Besiktas in 2012 and has gone onto directly contribute to 69 goals – 27 goals, 42 assists.