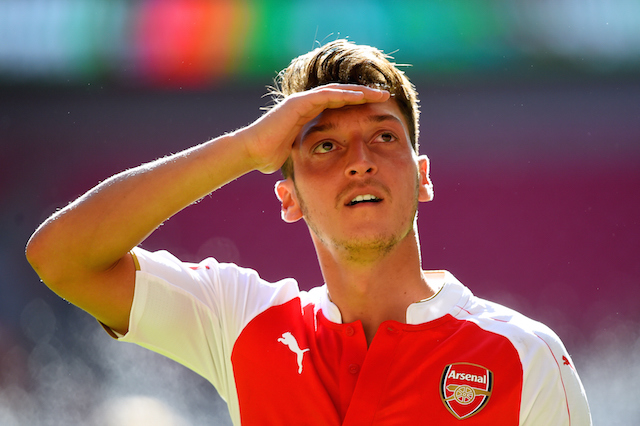 Mesut Ozil is currently in negotiations with Arsenal over a contract extension according to the Sun.

The daily newspaper states that the 27-year-old playmaker is looking to increase his wages to £160,000-a-week in deal which will keep him at Arsenal until 2019.

Ozil joined Arsenal for a club record €42 million from Real madrid back in September 2013. The former Schalke 04 midfilder’s current deal with the Gunners expires in 2018.

The Germany international has been in impressive form this season with six goals in all competitions as well as 16 assists in the Premier League.

Arsenal are currently joint second in the Premier League with Tottenham on 48 points each. The London based side is five points behind leaders Leicester City.

Arsene Wenger’s side have the opportunity to reduce the gap to just two points when they take on Leicester this weekend in the league.