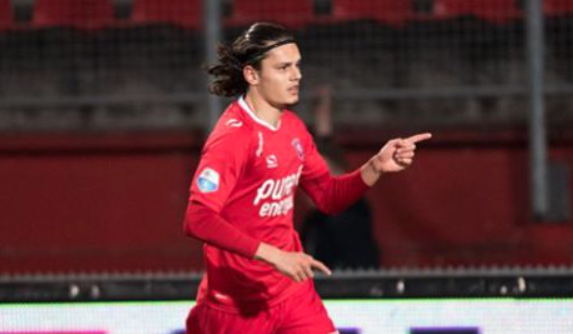 Monaco and Lille have become the latest clubs to enter the race for Manchester City wonder-kid Enes Unal according to reports in Turkey.

The French outlet TopMercato have reported that Monaco are plotting a summer move for the 20-year-old striker.

Per the source Lille are also interested in the Turkish international star.

Unal spent this season on loan at FC Twente where he scored 19 goals and provided four assists in all competitions.

The rising star became the highest scoring Turkish international in the Eredivisie netting 18 times in the league.

Despite being in great form for City this season Unal will not be able to play for the Premier League giants unless the Home Office grant him a work permit.

As things stand Unal is not eligible for a work permit but City could appeal.

There have been successful appeals which have resulted in work permits being granted to non EU players who have not reached the national team quote of games required.

A recent example was Gabriel who was granted a permit under the ‘exceptional talent‘ guidelines.