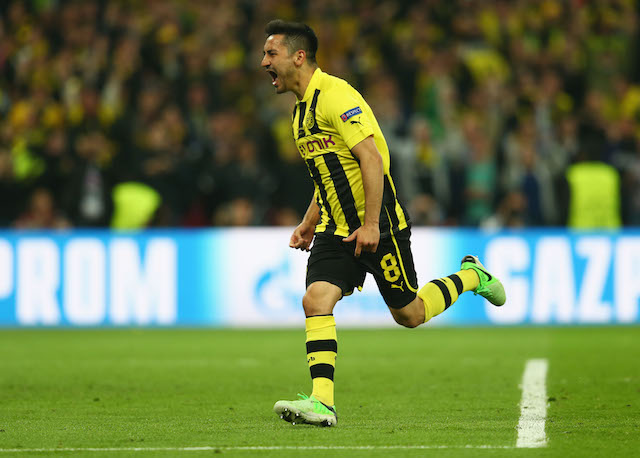 Pep Guardiola met with Manchester City’s sporting director Txiki Begiristain in Amsterdam to make plans ahead of next season according to the Daily Mail.

The Spanish manager was pictured at the Conservatorium Hotel in Amsterdam, where he met Begiristain to discuss plans.

Guardiola has already agreed to take the reigns at City next term when he will replace the outgoing Manuel Pellegrini.

The Daily Mail went onto say that Ilkay Gundogan was among summer targets discussed.

John Stones, Paul Pogba and Lorenzo Gonzalez are all reportedly on Guardiola’ shortlist.

Manchester United and Liverpool are also keen to sign Gundogan according to the Metro.

Gundogan came close to leaving the Bundesliga giants last summer but instead signed a one-year extension.

The Germany international has six assists and three goals in 32 appearances for Dortmund this season. Gundogan career began at Nuremberg before moving to Dortmund for £4m in 2011.